Sharing with you this photo I took some years ago as a joke, to show John – referencing the famous painting The Death of Marat (1793), below.

It’s such a sensitive painting for me.  It had some significance for John, some humourous idea he had had that referred to it.  We used to comment on it – it’s often used or referenced in other contexts.

Of course dreadfully difficult in my circumstances now, I hate it really – but nevertheless, having come across my photo above, I wanted to show someone.

It sort of provides an example of how intellectual our relationship was (and what I’ve lost). 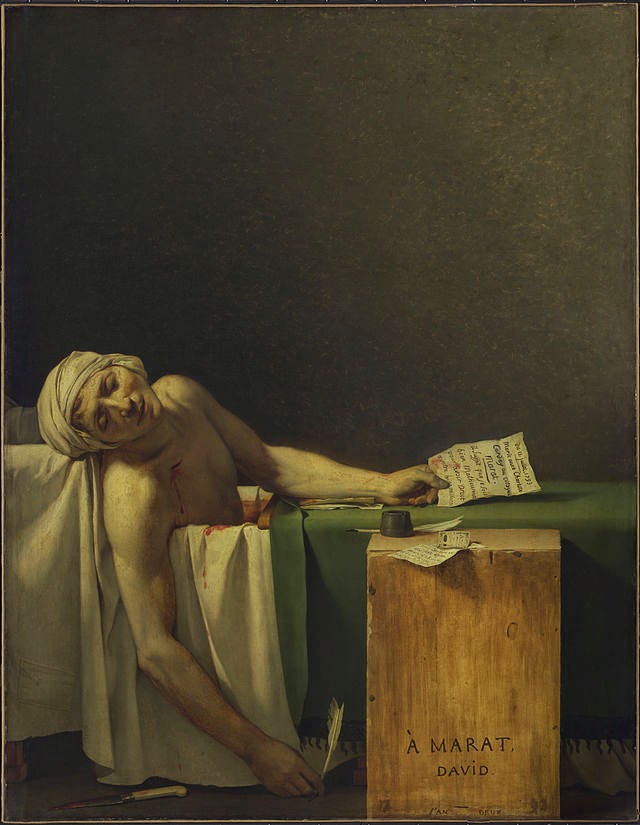